the castle is open from 9 am until 5 pm. Guided tours take place every 15 minutes.

Last admission for the guided tours at 5 pm. Tickets are available at the castle souvenir shop.

There is no parking available at the castle. Plan a 15 to 30 minutes walk to reach the castle from the town.

Visit in the days of the pandemic
go to Corona-FAQs

The Imperial Castle in Cochem is more than just a castle! The old walls, which throne majestically over the Mosel River valley, are an invitation for every history and culture enthusiast to enjoy a beautiful afternoon in one the highest hill castles on the Mosel river.

Soaring over Cochem on a mighty crag, the largest castle on the Mosel charms the eye with its delicate bays and imposing battlements. The medieval castle, which was heavily damaged while in the possession of the electoral princes of Trier during a war of succession, was bought and lovingly restored in the neo-gothic style associated with German castle romanticism in the 19th century by the Counselor of Commerce Louis Ravené. Guests will be delighted by the impressive interiors of rooms such as the Knight’s Hall, the Dining Hall, the Trophy Room and the Bower.

In addition to guided tours in multiple languages, guests can come together for a medieval evening meal on Fridays and Saturdays The so-called “Knights’ Feast” is a four hour program complete with minstrels, maids and many a chance to laugh. It’s a local favorite for individuals, groups or even company Christmas parties. After a guided tour of the castle, the guests are brought to cellar halls for a rustic feast and immersed in medieval customs, practices and… even some medieval punishments! After enjoying wine, song and contests of knightly virtue, the evening climaxes with a knighting.

Every year, during the first week of August, medieval performers, artisans and various other folke wait to welcome guests to our castle festival. The proud and ancient walls of the castle offer a one of a kind backdrop for rustic vendors and spectacular stages where visitors are invited to become a part of a lively market during the middle ages. Various contemporary artisans present their handy-work while mead, wine and fine meats fresh off the grill will be sure to sate the appetite. Medieval performance troupes and troubadours playing antique instruments ensure that guests of all ages will be well entertained.

On the second or third weekend of Advent, the Imperial Castle in Cochem offers its guests the “Cochem Castle Christmas”. It is a special and memorable way to prepare for Christmas. The traditional story of Christmas is presented by live costumed actors, accompanied by animals, on a magical journey through the castle’s gardens and alcoves. You’ll follow Mary and Joseph on their search for shelter and end the tour as the two find warmth and safety in a humble stall and are greeted by awe-struck shepherds. The performance reaches its highpoint when the archangel, accompanied by trumpets, announces the birth of Christ to the world.

What’s more, couples are invited to spend the most beautiful moment of their lives inside the castle and say ‘I do’. The castle chapel offers a truly fairy-tale ambience for a civil marriage ceremony. (Important: Please inform yourself about laws and regulations for weddings in the registrar office style in Germany.)

More about that and many other things can be found by reading further on our website.

NEWS AROUND THE CASTLE

Anticipation is the greatest pleasure – let yourself be enchanted by our picture galleries and look forward to what awaits you during your visit. 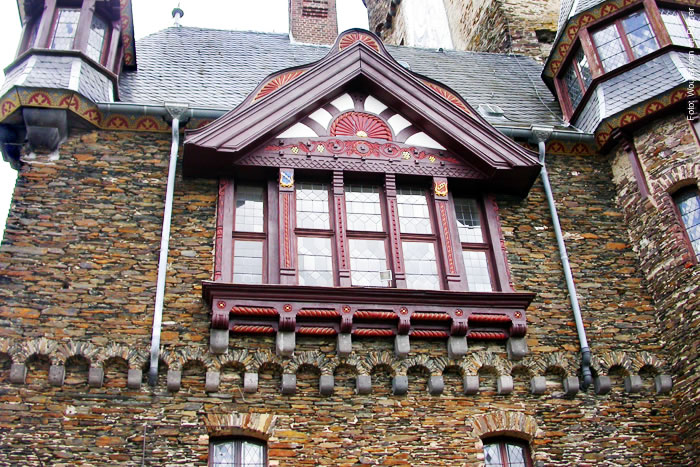 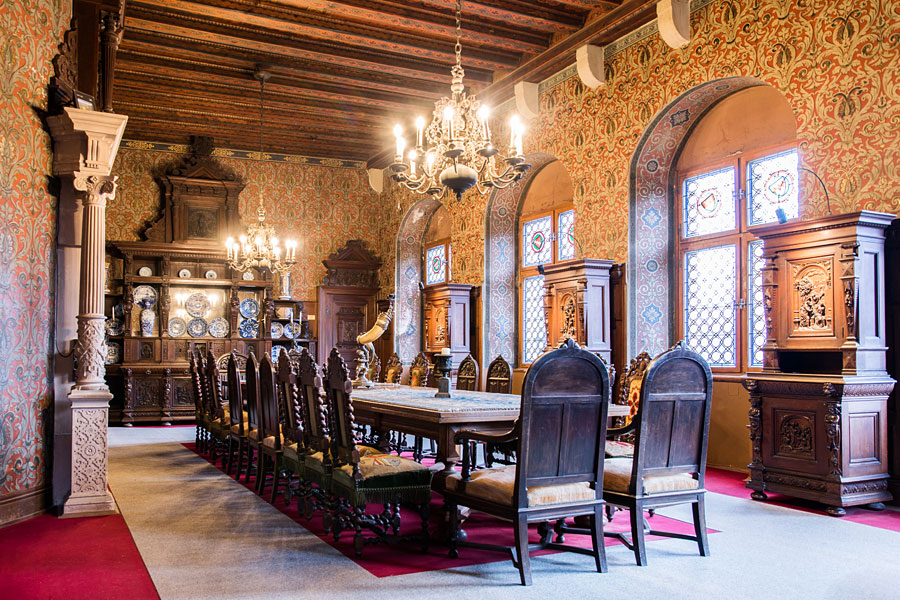 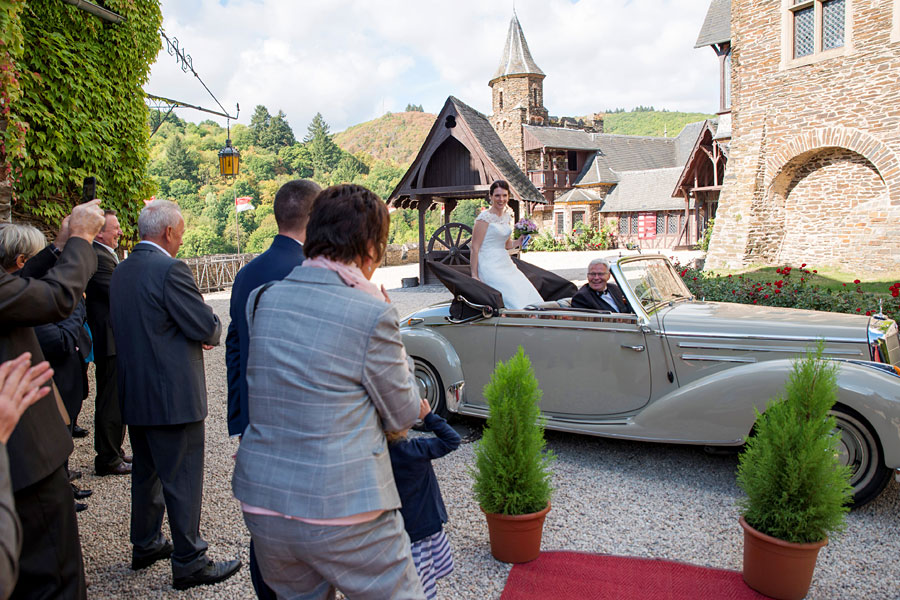 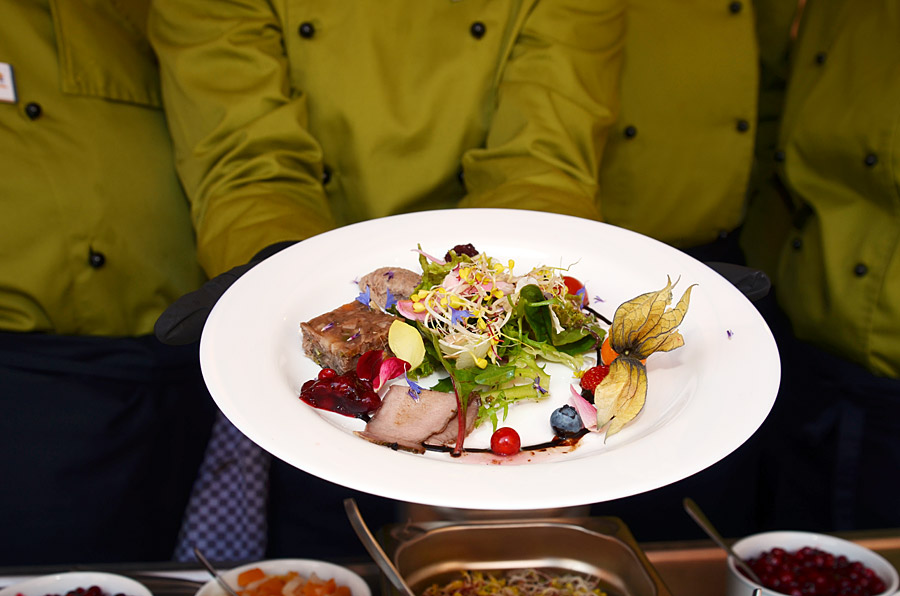 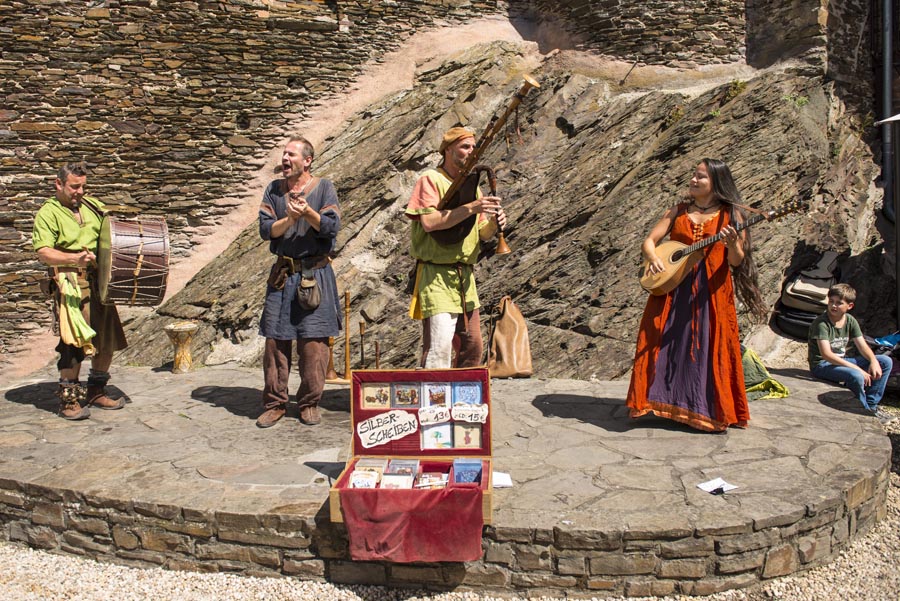 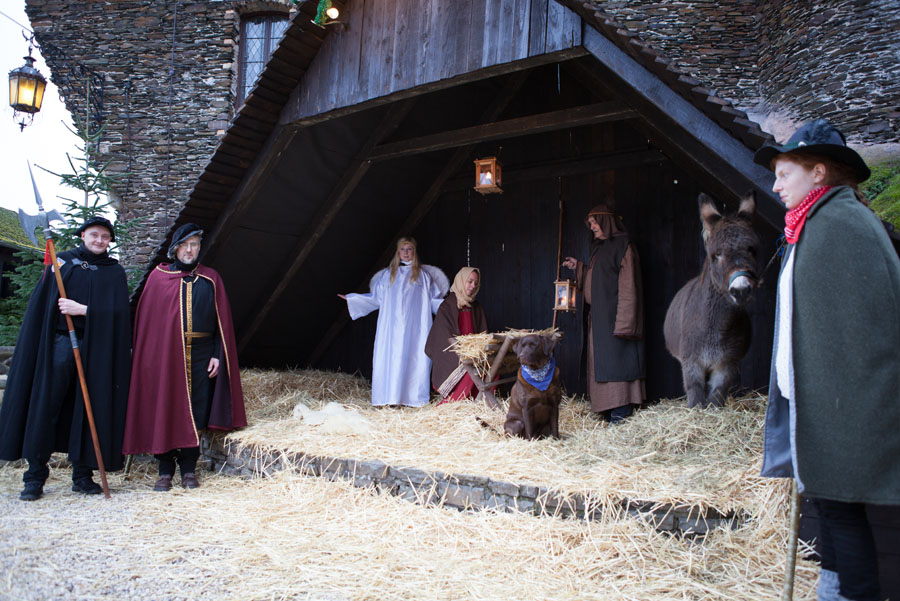 Reichsburg castle is open between 10 a.m. and 3 p.m.
Our restaurant “Burgschänke” is closed throughout our winter season.  During the Christmas holidays (Decembre 26th – January 8th) our restaurant welcomes you on a daily basis between 11 a.m. and 4 p.m.!

On the 10th and 11th of December 2022 the castle celebrates their traditional Burgweihnacht.  The tours will be from noon to 6pm in German language only.      The inside of the castle will only be available to visit between 10 am and noon.

Please note that “Reichsburg-Shuttle” bus service does not operate in the winter months.

In order to protect our employees, wearing face masks inside Reichsburg castle stays mandatory for our guests. Thank you for your understanding and effort.

5th of December 2022, the staff of Reichsburg castle

Statistics cookies collect information anonymously. This information helps us to understand how our visitors use our website.