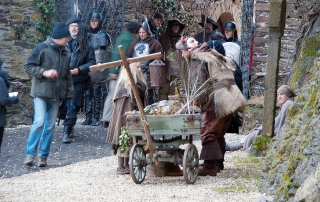 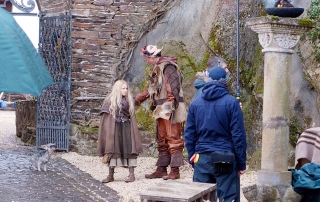 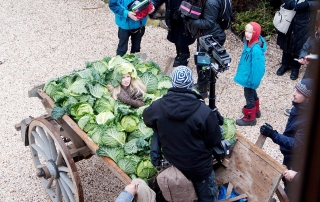 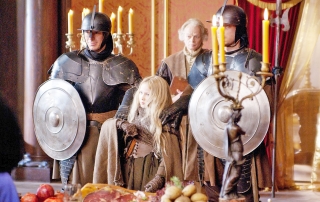 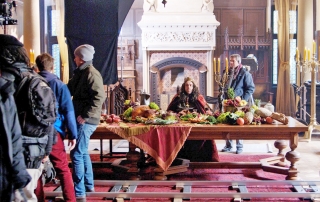 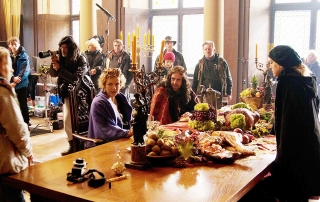 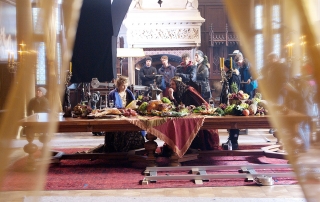 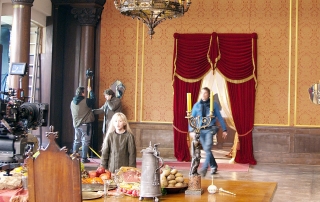 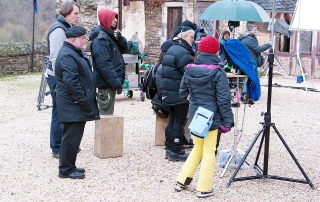 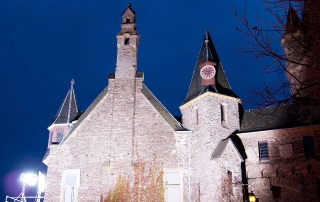 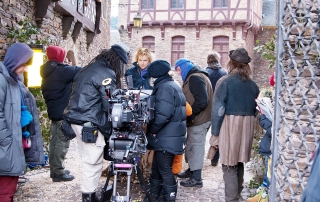 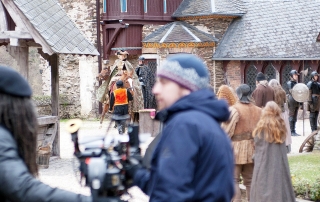 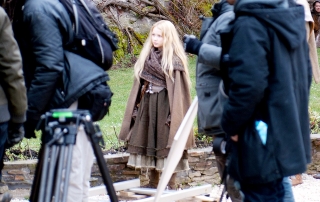 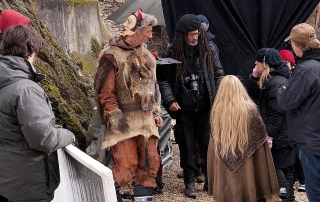 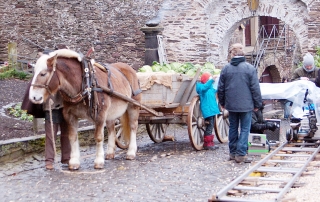 Information about the film “Die Sterntaler”

Cochem castle as the setting for the fairytale film of ARD

On behalf of the SWR (SWR) (editor: Margret Schepers), Bavaria Film(producers: Uschi Reich and Michael Hild) shot a part of the Grimm fairy taleDie Sterntaler, which will be broadcast on ARD in the Christmas programme2011, from 25 to 27 January 2011. Further important locations in the regionwere the Enderttal and the Felsenkeller in Mendig as well as the open-airmuseum Neuhausen ob Eck in Baden-Württemberg.

Main actors are Juliane Köhler (among others nowhere in Africa), Rufus Beck(among others the moving man), Meira Durand (Here comes Lola!), AxelPrahl (among others crime scene from Münster) and Thomas Loibl (amongothers climate change). Directed by Maria von Heland (breakfast with astranger), cameraman was Roman Osin (pride and prejudice). Rochus Hahnwrote the script based on the fairy tale of the Brothers Grimm (among othersDas Wunder von Bern). The Bavaria Film production team was looking fornumerous extras to support the film in the vicinity of Cochem. Many children, men and women explained themselves broadly at a casting to introducethemselves and some of them have actually made it into the film.

To the content of the film: In the village of the eleven-year-old Mina (MeiraDurand) live only children and very old people, since the hard-hearted king(Thomas Loibl) let all parents kidnap and since four years at his court frontservices must do. Mina asks the king for mercy on her parents’; behalf. Thevillage eldest entrusts you with two silver coins to trigger the mothers andfathers. On the way to the castle, Mina meets the merchant Caspar (RufusBeck), who keeps a dog in a cage that is far too small. Out of compassion, Mina gets involved in a diabolical game: Dog or money, whereby the littledog helps her out of a fix, because the dog can talk to small children whohave a pure heart and thus gives Mina the decisive tip. The liberated dogaccompanies Mina on her dangerous journey and the girl manages to reachthe king and queen (Juliane Köhler). Both allow Mina to search for herparents, but only until sunset. Full of hope, the girl sets off on a search, butwithout success. The film Die Sterntaler belongs to the ARD fairy tale series&quot;Sechs auf einen Streich”;, which is going into its fourth year. Theaudience response to the new films last Christmas was already magical withup to three million viewers.

Statistics cookies collect information anonymously. This information helps us to understand how our visitors use our website.